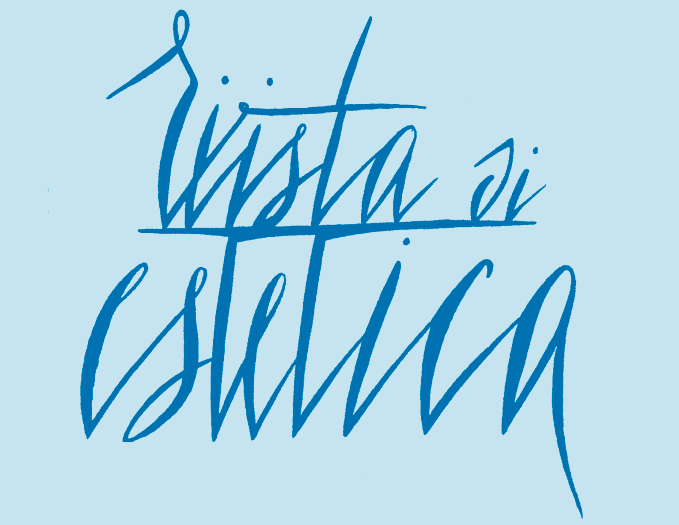 Rivista di Estetica publishes thematic issues about philosophical topics. It is one of the oldest philosophical journals in Italy, established in 1956 as a quarterly journal about aesthetics and more general philosophical themes.

Rivista di Estetica practices double-blind refereeing and publishes both in Italian and English.

The Editor-in-Chief of Rivista di Estetica is Tiziana Andina, Full Professor of Philosophy at the University of Turin, Italy.

The Executive Editor is Carola Barbero, Associate Professor of Philosophy at the University of Turin, who follows the day-to-day functioning of Rivista di Estetica, as well as the contacts with authors and referees.

For information, you can write to redazionerivistadiestetica@gmail.com

The open-access digital edition is now available on Revues.org

Stephen Davies, The University of Auckland

The Senses of Smell: Scents, Odors and Aromatic Spaces

It is often said that smell is not essential for civilized and urban life. Nevertheless, private environments as well as public spaces, bodies, objects and food are increasingly deodorized and/or scented. In fact, in everyday experiences, the sense of smell is a driving force of human behavior and has a pivotal role in orientating emotional reactions, expectations, choices, preferences, and judgments.

Since the eighties of the 20th century, a new interest, both in human and in natural sciences, seems to have been flourishing in order to recognize its processes, functions and effects. Many studies have shown its relevance in identity formation, social life, bodily health and psychological well-being, and olfaction turns out to be deeply influential in the perceptual engagement with the environment and in the relationship with the otherness and the familiar.

However, in philosophy, with exceptions, the sense of smell is still a marginal and accidental object of inquiry. It is mainly linked to subjectivity, recollection, idiosyncratic association, intuition and sagacity. From a phenomenological and aesthetic perspective, odors are temporary and transient phenomena; furthermore, they are difficult to grasp also by language and taxonomy, as difficult attempts throughout history to fix stable classification and terminology show.

This issue of “Rivista d’Estetica” has two main aims. On the one hand, to shed light on potentialities, inconsistencies, cognitive features and aesthetic values of olfactory perception; on the other, to suggest interpretations of smells and flavors understood as affective stimuli used not only in arts (for example theatre and performance art) but also in culinary practices, space and product design, chemical industry, perfumery, etc.

Articles must be written in English and should not exceed 40.000 characters.

Rethinking Through Art: East and West

Description
Over the centuries, art has been a prominent form of cultural exchange between the East and the West. This role has become even more prominent in the last three hundred years. Western painting and music introduced by European missionaries shaped the tastes of the Chine
se imperial courts since the 17 th century. The “Chinoiserie” style inspired by Chinese aesthetics contributed a great deal to the dynamics of the 18 th -century European art-world. Japanese Ukiyo-e – the art of the “floating world” – was believed to have a significant impact on the Impressionists. It becomes evident that contemporary artists from the East and the West have formed a collaborative community of creativity. While more and more art historians are shifting part of their research interest to the Eastern art traditions, looking into them in their own right, or investigating art history in a greater trans-cultural context, many philosophers of art still remain relatively reluctant to either philosophize about art from a cross-cultural perspective, or try to conceptualize its central issues by drawing on diverse cultural experiences and studies of the non-Western histories of art. In the last several decades, the field of philosophy of art and aesthetics in the West has seen many great theoretical achievements, which enable us to think about and create art in a profoundly meaningful way, bringing art more than ever closer to “pure” philosophy. But, when we look closely at these influential philosophical inquiries into art, we find they are, by and large, exclusively inspired and dominated by the European art tradition and engages research materials from very specific origins, often shunning potential challenges from non-Western art as well as the historical facts of artistic interaction and the on-going confluence of artistic practice in our age. This issue aims to reopen a ground for rethinking some fundamental philosophical
questions about art within a cross-cultural context. We encourage reflection on any important topic in the philosophy of art on the basis of Eastern-Western comparison or synthesis. We especially prefer submissions addressing the following issues: the definition of art, ontology of art, art and creativity, art and self-cultivation. Articles must be written in English and should not exceed 40.000 characters, notes and blank-spaces included.

This issue aims at analysing the depiction and conceptualization of contemporary work in the fields of art and philosophy. By addressing “contemporary work” we refer to a temporal phenomenon (i.e. to the idea of work as it is perceived in the era of globalization) and we thus encourage submissions concerning artworks (performative arts, figurative arts, comics, photography, literature, cinema, tv series, web series) or concerning philosophical re-conceptualizations of the world of work over the last forty years (1980-2020).

Work is today among the most debated themes in public discourse not only because it represents an anthropological aspect of continuity of human action and one of the main forms of social recognition and exchange (especially starting from the re-evaluation of work that occurred in the Middle Ages, with the birth of the middle class in contrast to aristocracy), but also because it has gone through radical transformations whose reasons and consequences are at the centre of a pluri-disciplinary, international and political debate.

The concepts of “work” and “labour” today are often used not properly: this is proved by the large bibliography produced on these themes as well as the fact that the meaning of the terms ‘work’ and ‘labour’ is far from clear and thus hard to categorize. Labour appears to be a stratified phenomenon mixing hyper-modern elements with hyper-arcaic ones; that crosses all modernity; that is based on formal, logic and positive parameters but that at the same times implies emotional, uncountable symbolic elements (e.g. fatigue, happiness, realization), forms of representation, concepts like identity or social status.

It is a loose category, which links together very different phenomena all far in reality (in space and time) and in our imaginary.

Articles must be written in English and should not exceed 30.000 characters, notes and blank-spaces included.

Title: The Aesthetics of Idealism. Facets and Relevance of a Theoretical Paradigm

The last few decades have seen an increased interest in the aesthetics of German Idealism. In particular, this turning point in the history of philosophical reflection on beauty and art has been made fruitful for explorations of contemporary artistic practices. The focus, however, has so far been put primarily on a limited number of themes and authors, with a marked prevalence of investigations into Hegel and the issue of the ‘end of art’.

The publication of the transcripts of Hegel’s lectures and new annotated editions of other works (such as Schelling’s Philosophie der Kunst or Solger’s Vorlesungen über Ästhetik) have significantly broadened the textual base. This fresh material has allowed scholars to explore in more depth the development of the thought of individual authors, as well as the relationships, affinities and distances between their differing positions.

The aim of this volume is to reconsider post-Kantian aesthetics by dwelling on the variety of thinkers, and theoretical issues that defined it, in order to discuss the outcome – in terms of aesthetic theory – of these positions and their possible contribution to current discussions on art and its social and philosophical relevance.

Submissions focusing on the relationship between German Idealism and Romanticism, or on the position of authors like Hölderlin, Fichte, Schelling, Vischer, or Solger within the framework of post-Kantian aesthetic thought, or on specific aspects of the theory of Idealism, including relatively overlooked topics like the comical or humorous, are welcome.

Articles must be written in English or in Italian and should not exceed 40.000 characters, notes and blank-spaces included.

“Sociality” is a fuzzy word that can be found in a wide range of scopes and debates, from antiquity to the contemporary age. Notwithstanding or rather just in virtue of its wide currency, however, there is no explicit consensus on the meaning “sociality” has. While biology and sociology have rather wide notions of sociality, the focus of social ontology is on the social world, that is, the ontological domain which is populated by social entities. While according to some sociality occurs as long as there is interaction among people, involving joint commitments and plural subjects, others refer to the social world as mostly made of institutional facts or social objects, or deal with social actions and practices.

This issue of Rivista di Estetica aims at shedding light on sociality by addressing two core classic subjects of social philosophy: groups and solidarity. Indeed, groups are the most obvious result of sociality as the tendency of grouping, depending on living and interacting with others. On the other hand, as another branch of sociality, solidarity has only recently attracted remarkable attention from social and political philosophers; while some propose to unpack it in terms of joint action, others explore the forms of mutual recognition that are combined in solidarity.

Topics and research questions include (but are not limited to):

Instructions: Submissions focusing on other aspects of social groups and solidarity, both from a theoretical and an ethical point of view are welcome. Articles must be written in English or in Italian and should not exceed 40.000 characters, notes and blank-spaces included.

In order to submit your paper, please register and login to: http://labont.it/estetica/index.php/rivistadiestetica/login.

Please notice: when asked “What kind of file is this”, please select the relevant CFP.