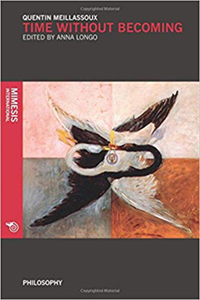 To use AlanBadiou’s words, “It is no exaggeration to say that Quentin Meillassoux has opened up a new path in the history of philosophy.” The present book, Time Without Becoming, is the text of a conference that Meillassoux gave at Middlesex University in London in May 2008. Following his seminal After Finitude, Meillassoux proceeds here to further explore his notion of absolute contingency, which is able to produce and destroy, without a reason, any becoming. In her contribution, Anna Longo challenges this idea by confronting Meillassoux’s speculative materialism with emergentism.