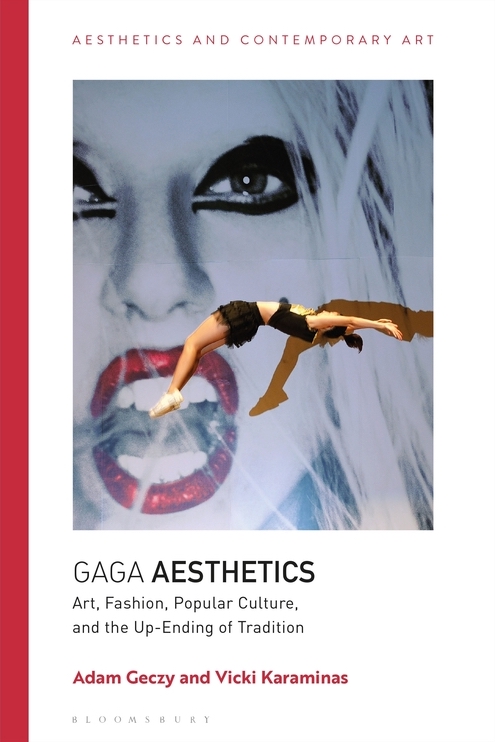 Pop art has been traditionally been the most visible visual art within popular culture, because its main transgression is easy to understand: the infiltration of the “low” into the “high”. The same cannot be said of contemporary art of the 21st century, where the term “Gaga Aesthetics” characterizes the condition of popular culture being extensively imbricated in high culture, and vice-versa.

Taking Adorno and Horkheimer’s “The Culture Industry” and Adorno’s Aesthetic Theory as key touchstones, this book explores the dialectic of high and low that forms the foundation of Adornian aesthetics and the extent to which it still applied, and the extent to which it has radically shifted, thereby ‘upending tradition’. In the tradition of philosophical aesthetics that Adorno began with Lukács, this explores the ever-urgent notion that high culture has become deeply enmeshed with popular culture. This is “Gaga Aesthetics”: aesthetics that no longer follows clear fields of activity, where “fine art” is but one area of critical activity. Indeed, Adorno’s concepts of alienation and the tragic, which inform his reading of the modernist experiment, are now no longer confined to art. Rather, stirring examples can be found in phenomena such as fashion and music video. In addition to dealing with Lady Gaga herself, this book traverses examples ranging from Madonna’s Madam X to Moschino and Vetements, to deliberate on the strategies of subversion in the culture industry.

Introduction
1. Hegel, Art and Adequacy
2. Adorno, The Constriction of the Aesthetic and Difficult Art
3. Modern Music and the Pact with the Devil 3.6
4. At the Precipice of Pop Culture: Wagner and Mahler
5. The Culture Industry and Popular Culture
6. Light Music and Lazy Listening
7. Jazz and “Jazz”
8. Ugliness and Kitsch
9. Aesthetics of Alienation
10. Culture and the Up-Ending of Tradition
11. Art Beyond the Horizon
12. Timely Meditations on Fashion
13. Lady Gaga’s Gaga Aesthetics
14. Madonna to the Power of X
15. Fashion and the Redeployment of Kitsch
Conclusion
Bibliography
Index

Adam Geczy is an artist and writer who teaches at Sydney College of the Arts at the University of Sydney, Australia.

Vicki Karaminas is Professor of Fashion and Director of Doctoral Studies in the School of Design, Massey University, New Zealand, and Honorary Research Fellow at the Centre of Visual Arts, University of Melbourne, Australia.