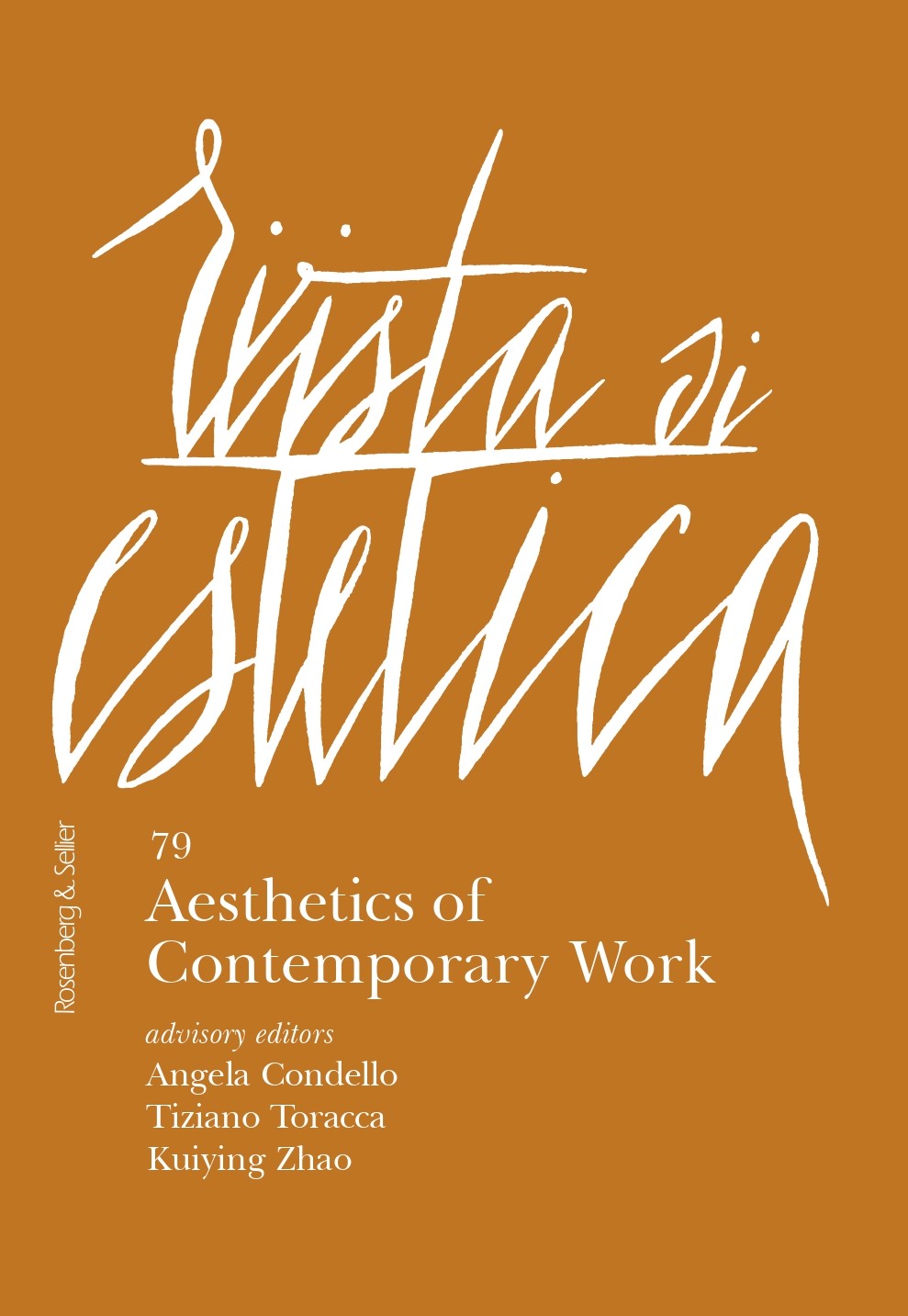 Today, work is a widely debated theme: despite relevant criticalities due to the changes in the economic and political orders, it remains a basic component of our daily lives, a foundational aspect of human action as well as one of the main forms of social recognition.
Across such background, the issue engages with a wide set of reflections concerning not only the representation and the conceptualization of work, but also the relationships
between art and work: how does work define the artwork? How is the work of artists valued today?
Contributions cover the fields of aesthetics, philosophy of art, ontology of art and work,
legal and political philosophy, as well as literary theory.

Zhao Kuiying, Viewing the Value of Contemporary Artistic Work from the Angle of  Conceptual Art

Lu Wenchao, On Two Kinds of Labor of Dagong Writers

Peng Feng, On Works and Workings of Art: A Perspective

Tiziano Toracca, The end of the working class and the tragic and ridiculous perversion of industry: Paolo Volponi’s Le mosche del capitale (1976-1989)

Bert van Roermund, Labour and Leviathan: Anish Kapoor and the Idea  of an Embodied Polity