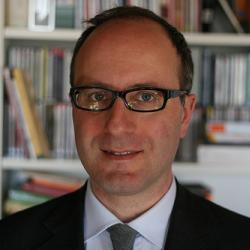 His most recent research interest is the future of university in the Internet age, a topic on which he published the book Università Futura – Tra Democrazia e Bit (in Italian, Codice Edizioni, 2017). In 2012 he edited, together with Melanie Dulong de Rosnay, The Digital Public Domain: Foundations for an Open Culture (OpenBookPublishers, UK). Both books are published under a Creative Commons license and are freely available online.

Since Spring 2012 Juan Carlos has been teaching “Digital Revolution,” a digital culture and skills course offered to first-year students at the Politecnico di Torino, while in Spring 2019 for the first time he will teach “Digital Technologies and Society,” a graduate course for computer engineers.

Between 2003 and 2018 he was in charge, together with prof. Marco Ricolfi, of the Creative Commons Italy project. Between 2007 and 2011 Juan Carlos De Martin was the coordinator of COMMUNIA, the European thematic network on the digital public domain. In 2011 Dr De Martin was appointed Senior Visiting Researcher at Keio University (Keio Research Institute at SFC), a position he held until 2014.

Between 2007 and 2015 he was the president of the libraries of the Politecnico di Torino, while between 2015 and 2018 he served as a member of the Academic Senate. Since March 2018 Professor De Martin is the Rector’s Delegate for Culture and Communication.

Before choosing to return to Italy in 1998, Juan Carlos De Martin was a visiting researcher at the University of California at Santa Barbara (1993-1995). In 1996, after receiving his Ph.D. in Telecommunications at the Politecnico di Torino, he worked for two years in the corporate R&D laboratories of Texas Instruments in Dallas, Texas.

Juan Carlos De Martin serves as member of the Scientific Board of the Institute of the Italian Encyclopedia Treccani and of Biennale Democrazia. He is an op-ed writer for the Italian newspaper “la Repubblica” and he often acts as a commentator in Italian media. Juan Carlos De Martin is a member of the Institute of Electrical and Electronic Engineers (IEEE) and is the author, or co-author, of over 100 peer-reviewed conference papers, journal papers and book chapters.